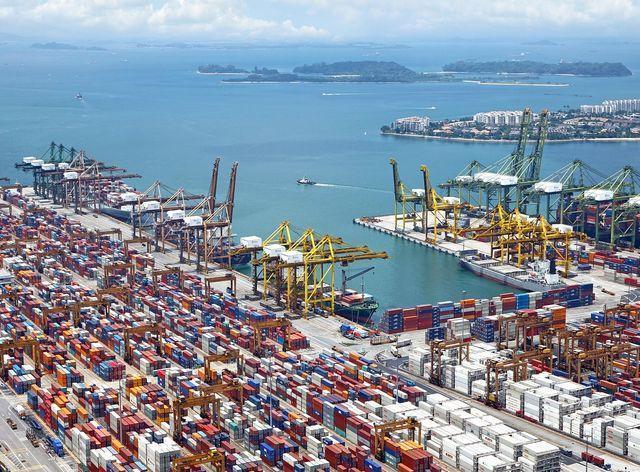 Most of you might agree with me there’s no denying the fact that Africa is the most interesting and diverse continent on planet earth. With an incredibly rich culture developed over centuries of evolution, there are quite a few other facts that are of prime interest to people like me associated with the maritime industry.

This continent covers over 1/5th of the total surface of the earth and is surrounded by roughly 30000 kms of coast line. A total of 38 countries have coastal access and over 100 ports exist throughout the continent. It’s interesting to know that African owned ships form only 1.2% of the world fleet and less than 1% of gross tonnage. Africa continues to contribute a mere 3% to the global movement of containers which is way lesser than the movement of containers across any European nation. Port of Lagos in Nigeria sees about 1.5 M TEU in comparison to a whopping 12 M TEU passing through Rotterdam in the Netherlands. [facts taken from various Internet sources]

What are the issues faced by African ports in general – Back Then, and to a Certain Extent, Even Now?

But the scene is changing…….

What’s in store for the future?

The idea of creating a Combined Exclusive Maritime Zone of Africa (CEMZA) will be a major step forward for overall development. Moreover, an integrated coastal zone management will streamline the operations. This will also try to bring in more efforts to protect the rights of various landlocked countries in the African continent.

Some major ports to watch out for are Lagos (Nigeria), Port of Djibouti, Mombasa (Kenya) and Abidjan (Ivory coast). Over 50B dollars have been injected into the African port development over the past 10 years and the net results are slowly being noticed. More and more operators are ready to take up the expansion plans and further investments are being brought in.

With all of these statistics looking positive for the region in general, it was imperative for Unique Group to step up its operations in the continent by setting up a base in West Africa to cater to a growing customer base in that region. Our strategic joint venture in Nigeria is called Unique Charkin System Ltd. and offers a full range of support to the oil & gas market with further expansion plans into Sub-Saharan Africa. Unique Group’s divisions, namely, Survey Equipment, Diving & Life Support, Buoyancy & Ballast, On-Site Engineering and Specialised Boats are actively operating from the Port Harcourt office.

I’m hopeful that Africa will find its place in the global trade map in a few years from now and its presence in the cargo movements will gradually gain momentum, rightly securing the market share that it deserves.

**All views and opinions expressed in the article are those of the author.