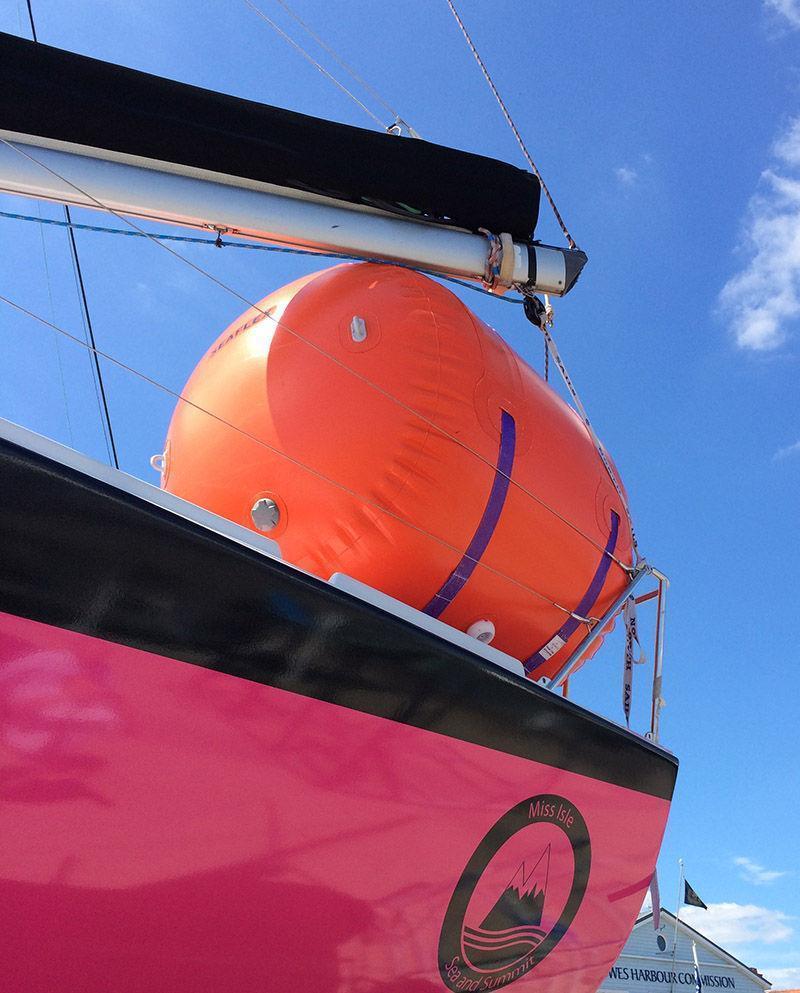 Unique Group’s Buoyancy & Ballast division has announced the official launch of an integrated system designed to neutralise the risk to life and possessions from the potential capsize or sinking of smaller vessels. The Seaflex Auto-Inflating Vessel Emergency (SAVE) System is a product of the division’s Seaflex brand, which specialises in the development and manufacture of inflatable buoyancy systems for marine and offshore applications.

By integrating existing hydrostatic valve technology and gas-based auto-inflation systems with their Inflatable Buoyancy Units (IBUs) which have been used for tasks such as inshore salvage operations since 1987, Seaflex has developed what is believed to be the first such system capable of being either integrated at a new-build stage or retrofitted at a later date and – which can also be manually triggered in the event of an impending emergency.

Gavin Paddock, Seaflex Design Engineer, explains, “Whilst our Air Lift Bags (ALBs) and IBUs have been used in the salvage of small craft for many years, we became focussed on finding a way to make their use preventative rather than remedial. Last year’s Cheeki Rafiki tragedy in the Atlantic Ocean inspired us to continue with our vision. Shortly after that we had the opportunity to work on the Miss Isle project for a remarkable young lady, Natasha Lambert, who is based locally on the Isle of Wight. Despite her Cerebral Palsy, she is undertaking solo sailing challenges that many able-bodied sailors would find nerve-racking. The brief was to develop a system that would automatically trigger emergency buoyancy of sufficient capacity to keep the craft afloat, in the event of the vessel being holed or capsizing. This would ensure Natasha’s safety and survival until assistance was able to reach her.”

Having successfully installed the first such system on the Miss Isle, Seaflex perceives a much wider market potential for this system.

Chris Sparrow, Seaflex Global Sales Manager, describes further, “The Seaflex SAVE system is designed not just for racers and expeditioners. Weekend enthusiasts and those who live on their boats can now save the time, heartache and expense involved in finding their boat much lower in the water than they had left it. During our pre-launch research, we not only found considerable interest amongst craft owners, but also between their designers and marine insurers.”

“This bespoke product requires installation for individual vessel layouts, displacements and system locations. It is not an “off-the-shelf” product,” continues Chris. “For owners of small craft, the benefit in investing in SAVE is ultimately to gain peace of mind, and we are ready to work from the vessel GA to offer simple and cost-effective consultancy and customisation services.”