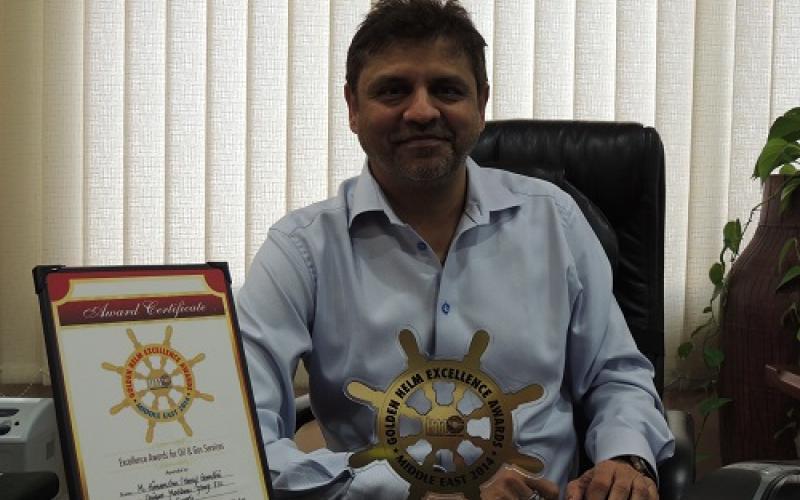 International Maritime Club (IMC) is a non-profit organization which works for the conscious and continuous development of the vast maritime industry. It is a platform where professionals from various sectors of the maritime industry come together under one roof to exchange knowledge and ideas on the maritime trade and industry. Currently, IMC is associated with more than 200 maritime organizations across the globe.

The award ceremony honoured the prominent names in the Maritime, Oil & Gas and Offshore industry who have been leading their way to improve the maritime sector in the Middle East to celebrate the essence of true talent and merit. The awards were purely based on individual merits and their personal contribution for furthering the developments in the maritime industry.

Commenting on the award, Harry Gandhi, CEO @ Unique Maritime Group stated:”I am overwhelmed to receive this award which chiefly recognizes the achievements of leaders in the maritime, offshore and oil & gas industry. Even though the award honours an individual for his unprecedented efforts in drastically shaping up the industry, I dedicate this award to the entire family @ UMG without whose hard work and dedication, it wouldn’t have been possible for UMG to scale heights and reach a position where it stands today. I whole-heartedly thank the jury at IMC for awarding me for the same.”